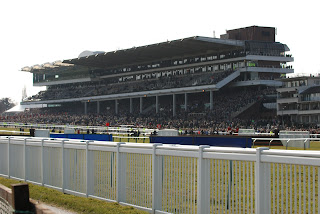 Tuesday, Champion Hurdle: Hurricane Fly; you all know by now that if he was a man I would marry him! Yes, I’ve heard it all; “won’t get up the hill”, “Montjeu Horses don’t act at Cheltenham” and “won’t like Cheltenham”.
Forget all that, to me he is the winner of the Champion Hurdle! I would’ve loved to have seen Paul Townend keep the ride but that’s not my call. The confidence behind him in Ireland is enormous and that speaks volumes. He will eat the hill for breakfast, enough said!
Wednesday, Coral Cup: Call The Police; if the Irish Handicapper thinks he should be carrying 10lb more that’s good enough for me! My only worry is that 8 year olds don’t have a great record in the race but stats are there to be smashed!
Thursday, Pertemps: Barafundle; Jennie Candlish has her string in great form & he was 2nd to Grands Crus at Haydock in November then won next time out. Fits a lot of the key trends associated with past winners of the Pertemps.
Friday, Grand Annual: Imsingingtheblues; really hasn’t been asked (ahem!) too many serious questions this term.  Clearly failed to stay the 2m5f at Cheltenham behind Tartak in January, 2m 1/2f is perfect for him & this looks a proper old fashioned Pipe plot up!
Have a great week everyone!
Cathryn Fry, @CathrynFry 14 March 2011

Delta Work has momentum ahead of Cheltenham Gold Cup challenge